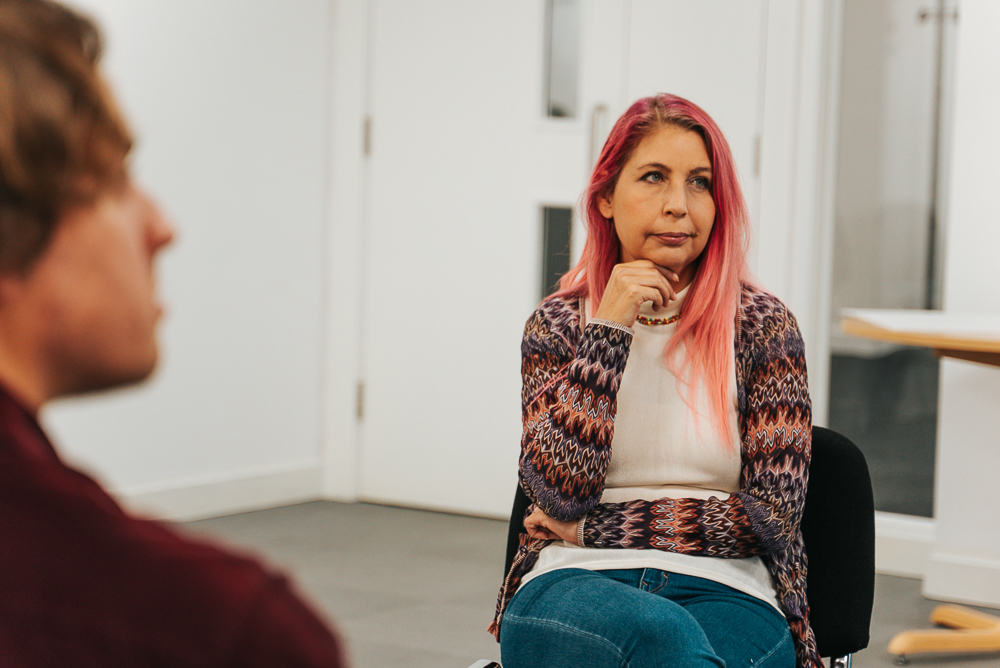 Home / About us / Stories /
Christine's Story

"When life got hard again and gambling companies continued to send free money bets, it took one weak moment, and I went straight back."

I've tried to think back to my first gambling memory, whether that was playing the two penny machines, playing cards with my friend's parents as a young teenager or as a young adult spending time with friends in casinos. One of the first defining moments in my gambling is a memory at 21. I decided to go to Las Vegas which I viewed as a gambling playground. When I arrived and stepped into my first casino there, I had an overwhelming feeling of excitement. That was the first time I acknowledged in my mind that potentially my gambling could get out of control if I wasn't careful. When I look back now the one thing that prevented me from going as far as I did later on in my life was my relationship with physical cash. I spent more time gambling than anyone I was around and looking back now could see signs of problem gambling.

When life got hard again and gambling companies continued to send free money bets, it took one weak moment, and I went straight back.

Throughout my 20s, I continued to enjoy gambling socially but in hindsight, I realise that during this time there were losses through gambling that most people wouldn't have experienced. Then in my 30s, I started going to bingo with friends as a social event. Shortly after I found online bingo which became part of my evening entertainment. The moment things changed for me was when I started playing online slots whilst waiting for my bingo games to finish. There was one game in particular that soon became one of my favourites. In the beginning, I would only place small bets and eventually, I went on to win the grand prize from one of these small bets. Shortly after, I noticed I was starting to bet with higher stakes, chasing the jackpot I now knew was possible. Over the next year, my stakes became 100 times higher than when I started betting online. One of the worst days of my life up to that point was the day I lost more than a year’s wages in an afternoon, only to win it back and then lose it again within 2 hours with money that was available on my credit card. The way I felt that day is indescribable, but fear and hopelessness come to mind. At this time only two close people knew about my gambling, and I did not seek help from anywhere. So out of fear I stopped gambling for some time and managed to pay my gambling debt. Only to shortly end up back gambling in secret online. I managed to keep my betting under control for a while, but once again it became erratic and out of control. This time the loss and damage are much more detrimental than the last time. At this point, I sought help in any avenue I could find. Unfortunately, as a female, I felt very isolated and there seemed to be limited help and information. At this time, I attended gamblers Anonymous, and as the only female, I found this experience completely overwhelming. I also attended counselling through a gambling charity and privately. Unfortunately, I concluded that I could battle this addiction by myself and although my life became manageable again my addiction was waiting around the corner for me.

When life got hard again and gambling companies continued to send free money bets, it took one weak moment, and I went straight back and, on this occasion, worse than any other time before. After abstaining from betting for 3 years and returning causing more damage than I had ever done before, I was in absolute despair and broken. My gambling was now also affecting my physical health, with loss of appetite and very disturbed sleep if any. I again went looking for help.

‍
My first point of call was Gamblers Anonymous as it was the one place that I had been where I'd met people who were no longer gambling. I also contacted a gambling charity as I had received help through them previously. I asked if there was anyone with lived experience who I might be able to speak to in the hope that they would understand what I was going through. Fortunately, I was informed that there was a program called Peer Aid where I could have 1:1 sessions with somebody who had lived experience in gambling. A few months later I was paired with my peer supporter which was already called Lisa. At this time only being off-betting for a few months and being able to have 1:1 with another female with lived gambling experiences put me at ease and I was comfortable to openly talk about my experience. I think everyone’s recovery is very personal and different things work for different people. I have been lucky enough to benefit from Gamblers Anonymous support as well as great support from PeerAid.

I always think the health and wellness group are great as when the one-on-one sessions come to an end there is continued support through these groups. Now over a year later I am looking forward to helping others.

If you feel worried about your own gambling, or feel that you are not able to control urges to gamble and would like to arrange some help, you can either read our self-help resources, or get in touch with our team.